It’s funny how I sit and plan my blog and then end up writing about something completely different.  This week, I was going to speak about the role of the Funeral Director and how important it is to make the right choice.  However, once again, due to circumstances, I changed direction.

So, I have to say, that this week has probably been my toughest yet, as a Celebrant.  We don’t have many burials up in the City, it is predominantly cremations, so I had never even been to a burial in my lifetime, and this week, I composed and conducted two.  Both at the same cemetery.

The first was an elderly lady, who had lived a long, full and happy life, surrounded by people she loved.  A great-gran, who wanted no fuss.  It was a simple service, conducted completely at the graveside.  There were only 8 people there, including myself.  This is what she had wanted.  Her son, who himself is a pensioner, had lived with her his entire life, and latterly became her carer.  For the first time in his 70 years, he was facing living on his own.

My heart went out to him, as well as being his mum, she was his best friend and I can only begin to imagine how he felt.  I know how I felt when I lost my dad, and I had David, my girls and Anne (everybody needs an Anne – good in a crisis) along with a wide circle of friends to support me.  He has no-one, his mum was his life.  He was very calm during the service, even tried to give me a tin of soup as a thank you.  Very humble man and I was honoured to have conducted his mum’s service.

When I got home, PJ’s, kettle and TV on – my way of unwinding and relaxing after a service, and I was hit by the Christmas adverts.  And it made me think of all the families out there, who have lost someone close this year, and will be facing their first Christmas without them.  For some, Christmas is not a happy time.  It can be a reminder of what we’ve lost.  There are those who have nobody to celebrate or share the festive season with.  From there, my thoughts went to last Christmas, and the photo of my dad, sitting proud as punch, with his favourite cardie on, surrounded by his pressies, grinning from ear to ear.  Well, you know what’s coming next – yip, I should have bought shares in Kleenex this year, I’d have made a fortune with the amount of tissues I go through.

I’ve tried to phone that man a couple of times since his mum’s service, just to check that he’s alright.  But, his phone is always switched off.  So, I’ve text him, and if I don’t hear from him by Monday, I think I’ll nip in past.  I know that’s not my role, but that’s the kind of person I am.  I do worry.

The Toughest One Yet………

Then, from one extreme to the other.  My second burial this week was a 7-month old baby who died tragically.  I am absolutely heartbroken for the parents.  When I went to meet them, the mum actually said I was the first person she’d spoken to who hadn’t cried when they saw her.  She said it was good to be able to talk about her child, and his life, rather than about his death.  Now, please don’t think for one second that I wasn’t impacted by this – of course I was, I’m human!  But, I have to remember that it’s not my grief, and I am there in a professional capacity, and regardless of what’s going on in the inside, I will always be professional on the outside.  After meeting them, I howled all the way home in my car.  No parent should ever outlive their child, and I couldn’t begin to imagine how they’re feeling.  But, like every other service I do, I wanted to make sure that I gave this young family the best service they could possibly get.  And I’d like to think I did them and their son proud.

The dad stood up during the service, to say a few words, and he encouraged the mourners to go home that day, cuddle their family or whoever they live with, and tell them you love them – as you never know what is round the corner.  And I agree.  The baby’s service is probably the hardest one I’ve conducted yet, but I was honoured to do it.  Death is a natural part of life, but it is so much easier to accept, when it comes at the end of a long life.  Hopefully, in time, they’ll be able to think of their baby, with a smile rather than a tear.

So, I’ll end this week’s blog by echoing that grieving father’s sentiments.  Today is a gift, that’s why it’s called the present!  You’re not guaranteed tomorrow, so make the most of today.

Never go to bed angry and make sure that those you care about, know it.  And spare a thought this year, for those who are facing their first Christmas without a loved one.  Take the time to send a text, just to let them know you’re thinking of them. Trust me, they’ll appreciate it.  xx 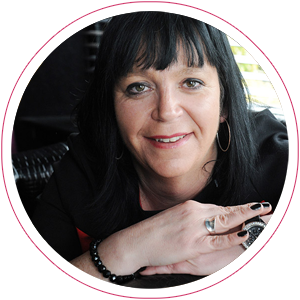